Top 3 Podcasts To Listen to on the Road 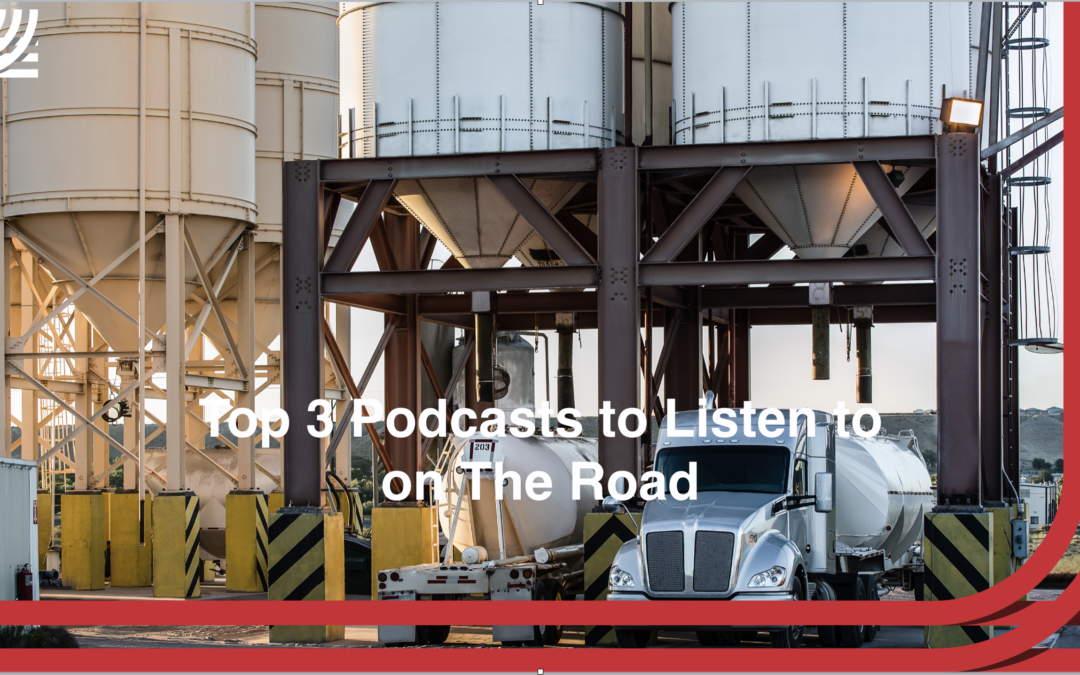 Podcasts are a great way to fill the time driving your haul to its destination. Not only can they be informational and entertaining, but listening keeps your mind engaged while you’re driving.

Driving is stressful. These podcasts will help reduce that stress and give you something to focus on while you are hauling long distances.

Song Salad is a podcast in which the hosts, Shannon and Scott, pick one random musical genre, one random Wikipedia article, and then make a song about that article’s topic in that genre. The hosts are hilarious, and as they dive into the musical genre, it’s always interesting to see which features they’ll pull into their own compositions. Their analysis of the Wikipedia articles is never unkind, no matter how ridiculous the article is. Song Salad is specifically nice for road trips, not just because it’s funny, but because it has segments and a song in each episode, which helps give some variety to the drive.

Keeping in line with music is Song Exploder, a podcast in which songs are taken apart detail by detail by the people involved in their creation. Song Exploder is recorded as an interview, but edited to make the musician seem more like they’re telling a story. As they go through how they wrote the lyrics, how a certain sound was created, who was brought in for backing vocals, what the producer or collaborators did to change the sound, and what the overall story of the song is, they intercut pieces of the song to help accentuate what’s being discussed, which also makes the podcast nicely dynamic. Each episode ends in the full version of the song. Song Exploder‘s archive has an interesting catalog of musicians that ranges from Norah Jones to Mitski to Ludwig Göransson.

HORSE is a podcast about all things basketball . . . except the basketball. Hosted by Eric Silver of Join the Party and Mike Schubert of Potterless, the show goes into the lifestyle of basketball players, as well as some of the more ridiculous parts of basketball itself. Segments include “3 on 3,” a list of three best and worst things in a category, like best and worst basketball player nicknames. I don’t know anything about basketball, but I always get excited when I see that HORSE has a new episode out. Its segments give it variety, but mostly what makes it a great road trip listen is the jokes per minute and the vibrant energy the hosts bring to each episode.